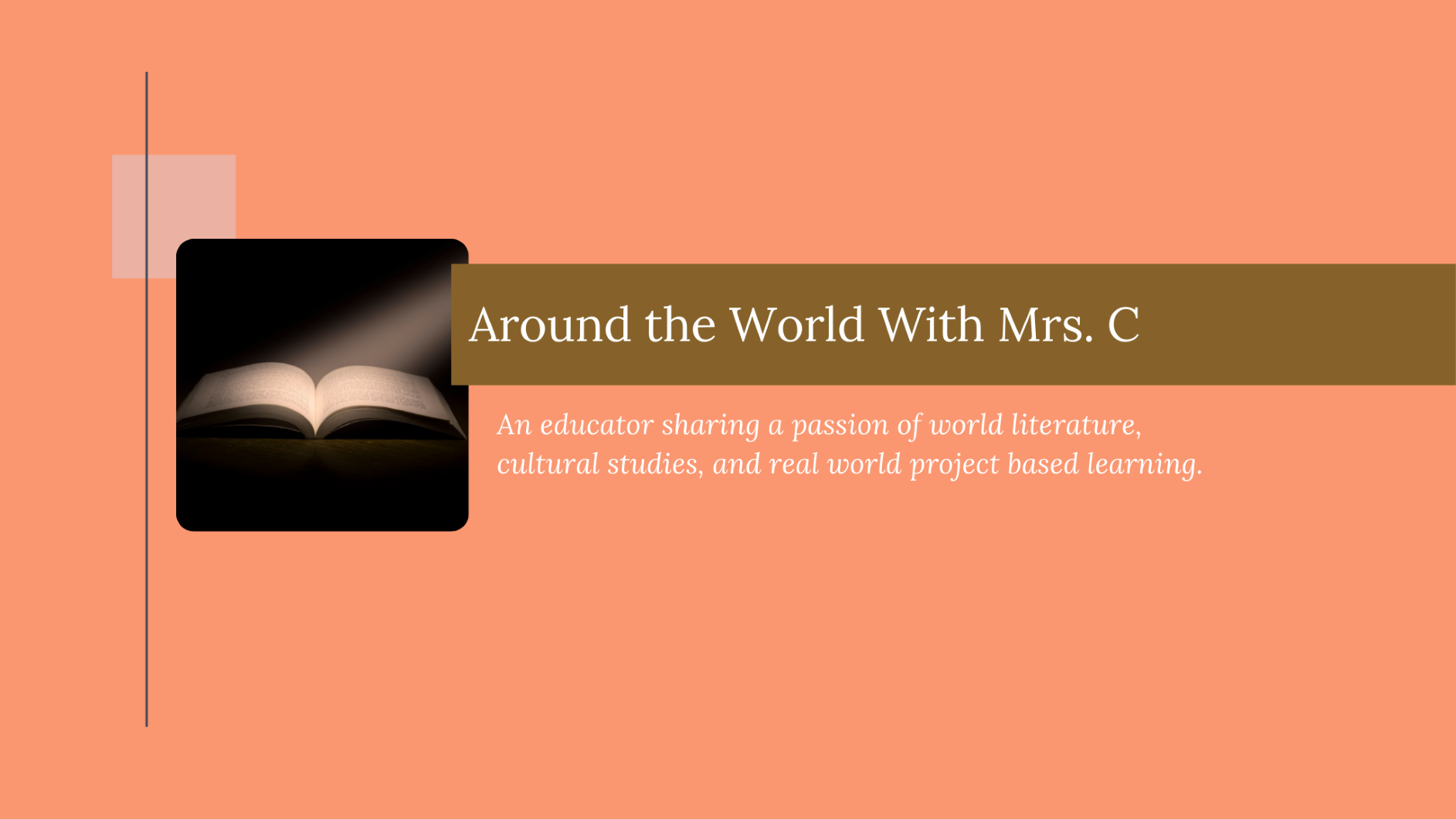 It’s no secret that I love great World Literature, but I also love experiencing foreign films. Celtic mythology has always been a favorite of mine. So, when the Irish animated movie The Song of the Sea came out, I knew I had to check it out!

This award winning film sucked me in immediately and has never let go. My students also love it year after year.

With today’s post, I want to share this beautiful film and why you should absolutely be incorporating it into your classroom for literary analysis.

If you’re ready to get started today with a highly engaging Celtic mythology study like this in your class, head on over to my store and you can buy this ready-to-go mini unit today!

In previous posts, I have talked about how to diversify the mythology covered in your classrooms. Celtic mythology is one of those cultures that I find is always overlooked and it is so rich and beautiful!

By the time students get to my 10th grade class, they have been saturated with Greek and Roman mythology (yay!), but have never experienced anything from the Celtic culture beyond leprechauns on St. Patrick’s Day.

Centering your study around the movie Song of the Sea can bring this study to a whole new level while also teaching literary elements of parallel plot, symbolism, and flashbacks.

I like to start out studying the mythology that is reflected in the movie:

Manannán mac Lir (the son of the sea) is one of the main deities shown in the movie. He was a popular deity in Celtic mythology, belonging to an Irish mystical race known as the Tuatha De Danann. In the most popular myths he is seen as the island’s defender, using his magic to create a mist to confuse and intimidate any invaders.

In the movie Song of the Sea (and in some of the tales) Lir suffers a great tragedy and loses loved ones. In the movie this is paralleled by the human character Connor who looses his wife in the opening scene. Both story lines show viewers the affects of extreme grief consuming you and finally finding some peace.

Macha can be a challenging deity to try and teach. She is one part of a triad a female deities (think Mother, Maiden, Crone). For the purposes of this mini study though, I focus on Macha the mother in the tale “The Curse of Macha”.

In this tale she is pregnant with twins and word quickly spreads of how incredibly fast she is. She is forced to race even though she knows that doing so would be detrimental to her pregnancy. Afterwards, she curses all the men presents with labor pains so that they can feel her pain.

Macha in the movie is also a mother who is consumed by her intense desire to take away her son‘s pain (Mac Lir). However, the unintended affect of taking away peoples pain is that they are turned to stone.

Silkies are a beautiful mythological creature that is prevalent in Scottish and Irish traditions. Typically they are females, but there are also some instances of male selkies.

Selkies are seals in the water to come on land and shed their skin to reveal a human form underneath. In order to return to the sea they must put their seal skins back on and return to the water.

Most tales of selkies involve women and typically end in sadness. Some silkies are trapped by men who find their skins on lands and hide their seal skins – forcing the selkies to marry them. Some selkies fall in love and choose to marry a mortal.

Which ever the case, it ends up only being a half life for the selkie because they are not meant to live in the human world. Some stories indicate that a selkie woman will have to children. One for her world and one for the human world.

In the movie Song of the Sea, Bronagh the mother has two children- Ben and Saoirse. Ben is the older child he’ll is quite young when his mother disappears into the sea pregnant one night. He never sees his mother again, but his sister is born the same night.

By the age of 7, Saoirse has grown, but she is still nonverbal. One night she discovers a white coat in a trunk it is drawn to it. She puts it on and enters the seat and is transformed into a beautiful white seal.

Without her coat, she soon becomes ill and her life force begins to drain from her. Ben goes on a journey through the movie and discovers that Saoirse and their mother are both selkies.

Connection With Yeats and the Loss of Irish Traditions

The movies also a fantastic tie into studying the famous Irish author Yeats. The opening lines of the movie is pulled from his poem The Stolen Child.

Come away, O human child!
To the waters and the wild
With a faery, hand in hand,
For the world’s more full of weeping than you can understand.

Yeats was involved with Irish Nationalism movements. Part of his desire to bring Ireland back to its roots was to focus heavily on Celtic mythology and lore in his works. This is a fantastic and quick paper to read for yourself or even with your students when talking about Yeats and Celtic mythology.

However, based on the fact that the creator, Tomm Moore, statements on being inspired to research selkies (sparking the story for the movie) came when he was on holiday with his family. While walking on the beach with his son, they saw it was littered with the bodies of seals that had been killed and left to decompose on the sand. A local woman bemoaned that this would not have happened in the old days when the locals revered seals. I think it’s pretty clear why he chose to focus be opening lines of his movie about the Fae kind being real and leaving this world for good reason!

The movie is incredibly rich in lots of Fae lore and symbolism. My students and I spent a good deal of time analyzing the multitude of symbols within the movie and how it builds the themes present.

For example, spirals are consistently present throughout the film and we discuss how a spiral in ancient times represented a personal journey and growth. Ben goes in a journey and is transformed by the end of that spiral.

Circles and fairy mounds are also present often throughout the movie. Three fairies also become instrumental guides to both Saoirse and Ben.

The names of the characters are all symbolic. For example, the name Saoirse means freedom and Saoirse‘s entire role in the movie is to free all of the fairy kind threats in the human world. Bronach means sadness. Being a mother myself, I can tell you how heartbreaking it is to watch her leave her family behind in the final scenes.

I honestly could probably write a multitude of posts on the deep symbolism that you can analyze within this film. I am merely scratching the surface here. I cannot stress enough how amazing it is to introduce students to this world that they have probably never heard of until now.

Completing this mini look at Celtic Mythology and the Song of the Sea is always a BIG win with my students. We talk in great depth about the parallel plots, the Irish traditions, the mythology, and the symbolism.

If you’re ready to get started today with a study like this in your class, head on over to my store and you can buy this ready-to-go mini unit today!